Since the time I can remember, I have always wanted to be a mother. The day I married Craig was a joyous occasion and day of celebration for it marked the day I began my own, forever family. As time moved forward, the yearning to have a child more than consumed me. But one year went by, two years, three, and then four. My whole heart and soul longed for a precious baby, and instead I was left with the emptiness that seemed to fill my entire being. During our struggle with infertility, my husband supported me every step of the way, whether it meant having invasive surgery, another procedure done, more tests, or just holding me as I cried myself to sleep at night.

We had always talked of adopting one day, so in the summer of 2008 we finally decided to take the step and had adoption papers in hand. But for some reason unknown to me at the time, I felt that we should hold off on turning them in. I couldn’t understand such an answer as I had already waited long enough for a child, and we had been told that sometimes it could take years before a baby would be placed in your home. I knew there was a baby girl who was supposed to be in our family, and I tried to wait patiently for that time to come.

After much prayer and consideration, along with the power of priesthood blessings, we finally received the answer I had been waiting for. In May of 2009 Craig and I applied for adoption through LDS Family Services and were approved two months later. Soon after that we received an email from a birth mother who was due in December with a baby girl. Her name was Jennifer, and little did we know how much she was going to change our lives. Exactly one month later she announced that she was going to place her baby with us. During the next months ahead, I watched as Jen’s belly grew bigger, along with the love I had for her. She was going to give me something that no one else could give. She was giving me the gift of being a mother.

Before we knew it, December arrived and we were at the hospital awaiting the arrival of our little girl. On December 11, 2009 our precious baby was born. What joy and gratitude filled my heart when I held Elizabeth for the first time, knowing this special spirit was the answer to our prayers. I knew without a doubt that she was meant to be in our family. 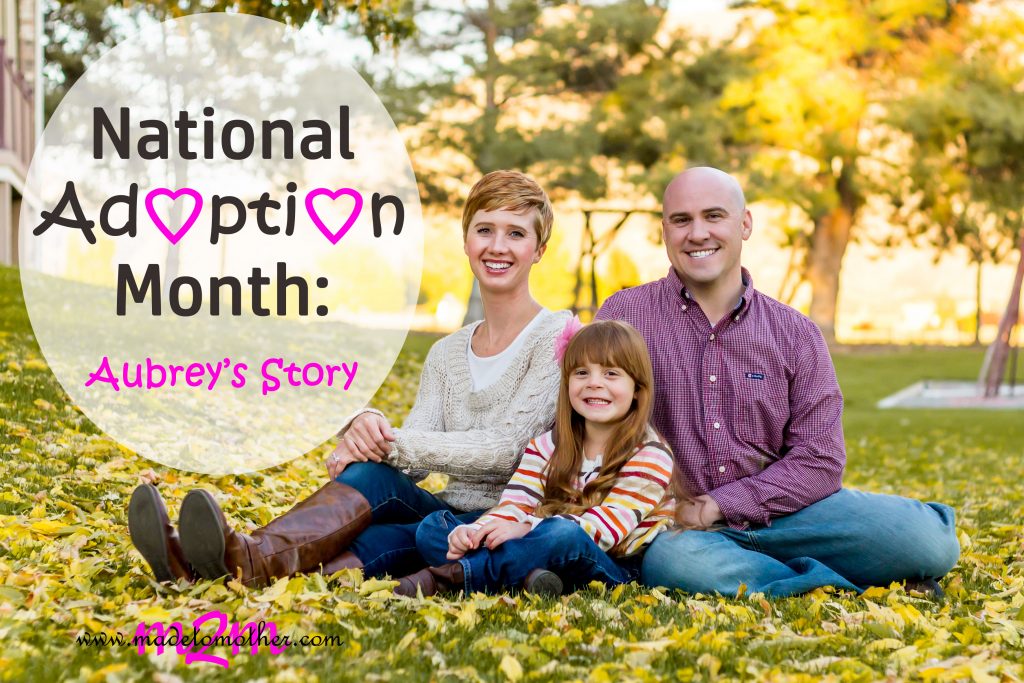 When we returned to the hospital the following morning, and opened the door to Jennifer’s room, we found her sitting in a chair rocking Elizabeth with tears flowing down her cheeks. My heart began to break for the words I knew were coming but did not want to hear. With her head bowed, Jen said that she didn’t think she could sign the adoption papers. Since Craig’s parents had just arrived at the hospital, he left to go find them and explain what had happened. Feeling as if I could not breathe, I turned and left the room as well. Outside the room, I could not hold it in any longer and broke down in tears. Jennifer’s mother soon found me in the hall and wrapped her arms around me as we both cried together. She whispered words of encouragement, but all I could feel was despair.

A kind nurse found Craig and me a quiet room and offered me a box of tissues. The tears continued to fall as I stared out the window while Craig paced the floor, both of us feeling helpless and not knowing what to do. Suddenly I was overwhelmed with the spirit telling me to ask for a priesthood blessing. I immediately told Craig to find his father, and upon his arrival, the blessing was given. I cannot recall the words of this blessing, but never in my entire life have I felt such an instant feeling of comfort and peace as I had when they placed their hands upon my head that day. I knew then that everything was going to be okay, and that it was important to have faith in the Lord’s will.

A short while later Jennifer left her room to go for a walk with a case worker from LDS Family Services so they could talk things through. While she was gone, we stayed with Elizabeth and I watched as Craig held her tiny hand and touched her tiny toes, trying his best to hold back the tears. When Jen finally walked back into the room, she stood before us with tears in her eyes and said, “I can’t take her away from you…” The tears flowed down my husband’s face and we all embraced.

On a rainy Sunday morning two days later, Craig and I returned to the hospital to pick up our baby girl and bring her home. We both knew that the day ahead would bring tears of pain, tears of sorrow, but also tears of joy. Upon arrival we met with our caseworker while Jen spent time with Elizabeth, holding her, rocking her, and saying her goodbyes. After all necessary papers had been signed, we entered Jen’s room. Watching her hold Elizabeth with tears in her eyes, my heart swelled with the love for the mother who stood before me. Jen’s act of love, just like every birth mother, was putting the needs of her child above the wants of her heart. And when anyone asked her why she gave up her child, she simply replied, “I’m not giving up my child; I’m giving her something better.”

When the time came for Jen to place Elizabeth in my arms, I was softly reminded of the words she had once spoken to me, “from God’s arms, to my arms, to yours.” Many tears were shed and warm embraces shared when we said goodbye that day. After Jen had gathered her belongings, I watched as she walked down the hall with her parents by her side, never looking back. The sacrifice she had made that day was greater than any I have ever known in my earthly life. I looked down at the miracle I held, and felt my husband’s love surround me. I cried and thought to myself, “My arms are empty no more.”

Motherhood has been everything I have ever hoped for and more. It is not easy, but I would not have it any other way. As I look upon my daughter each day, I am reminded of Jen and the sacrifice she made. An adoptive couple we knew once said, “We believe birth mothers have a right to choose. If she has the courage to place, she has the wisdom and right to choose her child’s parents. Our daughter’s birth mother is her first mother.” And so we feel the same for our daughter, Elizabeth, Jen will always be her first mother. And as my daughter grows, I will always help her remember that Jen will always love her.

There is a special poem that was given to us on the day our birth mother announced to our families that she would be placing her baby girl with us. It is befitting of the two women who bonded over the love of the child they both share.

Once there were two women
Who never knew each other.
One you do not remember,
The other you call mother.

Two different lives shaped
To make your one;
One became your guiding star,
The other became your sun.
One gave you emotions,
The other calmed your fears.
One saw your first sweet smile,
The other dried your tears.

The first gave you life,
The second taught you to live it.
The first gave you a need for love,
And the second was there to give it.
One gave you up,
It was all that she could do.
The other prayed for a child,
And God led her straight to you.

And now you ask me through your tears,
The age old question through the years;
Heredity or Environment,
Which are you a product of?
Neither my darling, neither;
Just two different kinds of love. 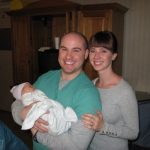 Aubrey, Craig and Elizabeth live in Highland, Utah. For the past three years, they have been hoping to adopt again and look forward to the day when Elizabeth gets to become a big sister!  Aubrey loves every minute of being a full-time mommy, and both Elizabeth and her daddy are working on their education.  Elizabeth attends preschool three days a week, while Craig will be finishing Nursing School this upcoming spring.