My mother was Catholic. The only birth control method allowed was the rhythm method, and since my mother’s family was incredibly fertile, that didn’t work. My mom started having children at age 19. Three years later she had three children under the age of three and was pregnant with the fourth. I was the third. My siblings were not happy to see me and would push me down whenever I stood up.

My mother once told me she thought she would have had a nervous breakdown if the fourth child had lived. It did not. She had the RH factor, and after losing that child, she went on to lose another five babies. They would be born early at 7 months, live for about a day, and then die. She did eventually have two more healthy children, and raised five children in all. Still, I think all this caused my mother to shut down emotionally and probably affected her ability to connect with me. As a child, I never went through the terrible two’s. I did not have enough support.

I had my first child at age 34. As a psychologist, I know how important a child’s first three years are for their development. When my daughter was born, I cut back substantially on my work those first three years. She did go through the terrible two’s.

Eventually, her father and I divorced. I had always wanted two children, but had not yet met someone else I wanted to have a second one with. I finally decided I was too old to have more children, and told the men I dated I wasn’t having any more kids. I met and fell in love with a man who did want kids, even though I told him I wasn’t going to have any. When he kept dating me, I thought he was okay with that. However, he never changed his mind, so I changed mine, and we agreed to try.

I was 43. At first, I tried getting pregnant without fertility help. My mother had her last pregnancy at 43 and then had her tubes tied. Who knows when she would have stopped getting pregnant? but I did not get pregnant, so we decided to use donor eggs. It was important to me to have them as soon as possible, given my age, so I did not care if they were genetically related to me or not. Our egg donor produced 27 eggs, and I got pregnant on the second cycle, so we were happily able to donate a number of embryos to others needing fertility help.

This was 22 years ago, and at that time, they put in multiple embryos in hopes that at least one would implant. I will never forget the call when they told me they thought all FOUR embryos had taken! I went around for several weeks thinking I was going to have four babies! Eventually, a perinatologist did an ultrasound, and we discovered there were only two babies. I was so relieved!

I gave birth to twin boys two months before my 46th birthday. My husband and I tag-teamed, and we were able to make sure at least one of us was home with them the first two years. However, it is still all a blur. It felt like I breastfed nonstop, and when they got a little older, they destroyed my house. At one point, they ripped all the wallpaper off their bedroom walls as high as they could reach! They definitely went through the terrible two’s!

It was important to me my children got what I did not have when I was their age. 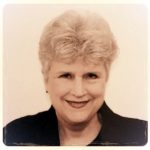 Tricia Zigrang is a psychologist and lives in Portland, Oregon. She is the founder of Refugee Volunteer Organization, a nonprofit whose mission is to empower volunteers serving refugees in their areas.